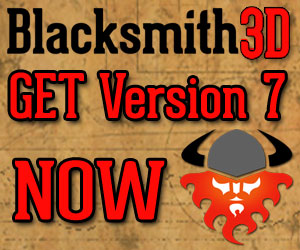 Maikia is my first fractal art composition that was created using the PhotoLine Image Editor; a great replacement for the Photo Elements Image Editor I used in my previous fractal composition creations.

For the face one which this piece is built, I used the Genesis Model of Daz Studio 4.6 Pro with some modifications; then as with my other portraits I used fractals to define the look of the face.

For the beautiful skin tone I duplicated her face and I left the mode of the base layer on normal. I increased the hue 10% with an adjustment layer, added a gaussian blur adjustment layer with a setting of S100/I50.

On the top layer I changed the mode to soft light and added a hue editor adjustment layer, modifying only the hue attribute curves until I obtained the look that I liked.

For all the elements I used between 1 and 4 adjustment & layers mask to modify various aspects of the fractals so that they all fitted nicely with one another.

For the large webbed ring after I created the look I wanted in PhotoLine, I saved it as a PNG file, opened it up in the Photo Elements image editor and applied the Craquelure texture. I then added it back into the PhotoLine image hidding the original.

To make the webbed ring stand out better I duplicated it and applied a heavy blur to the bottom layer with an adjustment layer and I reduce the opacity to 50%, with both the top and bottom layer modes set to screen. This change allows for a slightly darker and richer looking green which was not possible using various adjustment layer tools.

Maikia - Mystic Guardian Of Evxlore is composed of 72 Fractal using a total of 184 layers created with the Fractron 9000 fractal generator. The face of the image was created with Daz Studio 4.6 Pro; with all elements assembled and post processed in the PhotoLine image editor.